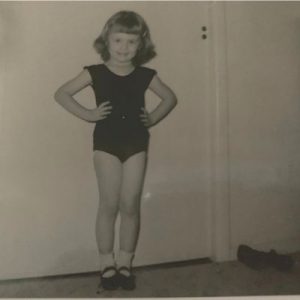 MY WINDING JOURNEY TO JOY

I am the oldest of 3 children. I feel like I had a happy childhood, did well in school, had lots of friends, was well taken care of physically. I loved to read and draw. I guess when you don’t know any different you think what you experienced was normal.

As an adult looking back I see a sadness and holes in my life. My father was a classic narcissist – with all the accompanying damaging behaviors.  He enjoyed having the kids sit down with him and give him "feedback", constructive criticism. Lordy, we hated that, we instinctively knew it was a trap. After being forced to give him "feedback" he would spend the next hour justifying the criticized behavior because, of course, he never was wrong.

I made really good grades in school and in my teens he told me it was too bad I was a girl, my “smarts” would have been better in a boy. That hit me at the core of who I was, it sent me the message that I was not and never could or would be enough just because of who I was.

Most of my life my parents fought over what church we would go to. I learned to love my church and the things taught there were very precious to me. For a few years, my mom was allowed to take us to a church she enjoyed but at the same time, we had to show up for a while where my dad wanted.  It was difficult for her because of the strain it put on the marriage. When I got my driver’s license I was allowed to choose where I would go full time to church.

One day my dad sat down the family and said that he was going to divorce us if someone didn't go to church with him. (At that time my brother and sister occasionally joined me but had no strong ties to any church, whereas the church was a very important part of my social and spiritual life.) Everyone in the family kind of stared at him, not knowing what to do. I finally spoke up and said I would change churches and attend with him. He looked at me and said no you aren’t the one I want, I want my son to come with me. It was crushing to be told this, I was the only one who cared about church and my sacrifice was thrown back at me. Again I was sent the message that I wasn’t good enough.

I grew up into an adult who could never please her dad. The standard for acceptance was constantly changing. I would either not do enough or I would do too much.

This kind of childhood develops a person who lives to please people; I was taught that my acceptance and love came from how well I performed because it couldn’t come from just who I was.  I had been taught the lesson that I was not enough or not good enough.

Fast forward to dating and marriage. I tried very hard not to marry a man like my dad. I asked hard questions and got good answers.

It wasn’t long into the marriage before I realized I had married a devious liar, but my religious beliefs held me to my marriage commitment. Six children came along in the next 20 years cementing my commitment even more. Over time I realized there was something very wrong with the marriage relationship, I couldn’t put my finger on what exactly it was. Intimacy was severely lacking, physically and emotionally and true to how I was raised I figured it was my fault. Was I too fat? Not pretty enough? Boring in bed? So I tried harder to be more, to be better.

Finally, a turning point came, the wife of a couple we knew sat me down and told me that my husband was a sex addict. Her husband who had struggled in this area recognized it in my husband. Suddenly everything fell into place, all the strange incidents with movie rentals, late-night TV watching, no interest in a physical relationship with me made sense. 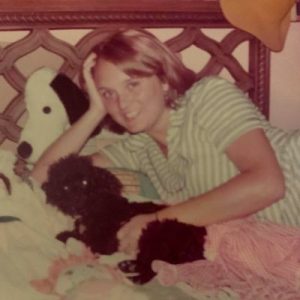 This revelation led to years of me trying to help him overcome his addiction. Now I realize I was the enabler in the relationship and was taking on a role that wasn’t mine to take. We tried couple’s counseling, retreats, working through workbooks and books on addiction. He tried individual counseling for a short while and said he was cured. That never felt right but what could I do?

Sex addiction like any other addiction only gets worse if left unattended and of course, despite his claim of being cured, his problem overtook him.  He lived mostly in his fantasy world – and that damaged his ability to be a good father and husband.

Being married to a sex addict takes a huge toll on the wife. It damages the core of the woman. She begins to live a life where she believes that she is unloved, unlovely and unloveable.

Because this addiction is so insidious, without intervention there is little hope for a marriage. The emotional pain that I lived with was slowly taking any joy left out of my life; the stress was affecting my health and my sleep.

To add to a narcissistic father and addicted husband, there were years of religious abuse from several of the churches we attended and from a cult that we were part of for over a decade. This kind of control and abuse was subtle just like the kind I received from people in my family and had the effect of compounding my feelings of inadequacy and added to my thoughts of something must be wrong with me. I lived with the feelings of hopelessness and despair while going through my daily activities and meeting my family responsibilities. 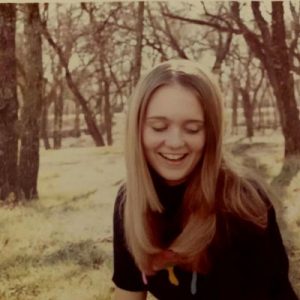 Thirty-six years into the marriage I told my husband I had had all that I could emotionally, spiritually and physically take and that I was divorcing him. I hadn't worked outside the home in 3 decades but I told him I would rather live in poverty than continue the way we were going, five months later I was single. Of course, that didn't mean I was magically happy. I cried over what could and should have been for months. Listening to wise counsel, I began attending an Al-Anon group and began to understand the dynamics of a home with an addict. I sought out individual counseling and both of those approaches helped bring me much needed healing.

It's been 7 years since my divorce and I am continually getting healthier mentally and emotionally. I walk in freedom from the need to please people and have changed the way I talk to myself. Am I totally wonderful? Of course, not but now I have the tools and the strength to continue tackling the remaining issues.

I also have been fortunate enough to marry again and this time to a man who knows how to show me love.

I know that part of my life purpose is to help other women who have struggled with their feelings of being unloved, unlovable and unlovely, no matter how those messages were planted in their heart. I have walked the entire path by living through the emotional abuse, leaving it and working through the myriad of issues over many years through counseling, studying, friends, prayer, positive thinking and the ultimate desire to become a happy, confident, loving woman. The past must be forgiven and the “now” embraced. You can become whole again. Let me share and explore with you the positive ways for you to embrace your life journey.

Click here to schedule a free Coaching Call with me.

Scroll back to top